Nisreen El-Hashemite, MD, PhD, is the granddaughter of King Faisal (I) Bin El-Sharif Hussein, the first King of Iraq and founder of the Modern State of Iraq. Following in the steps of her ancestors, and vowing to preserve the traditions of her family; Dr. El-Hashemite not only dedicated herself to serving mankind but also is the first Royal Princess qualified in science and medicine, with a Bachelor of Biomedical Sciences, Master of Science, Medical Doctorate and a Doctorate of Human Genetics. Dr. El-Hashemite is an internationally recognized scientist and scholar; award-winner in science, arts, literature and humanitarian affairs; and author of several scientific papers, studies and books. More.

Holly Falk-Krzesinski, PhD, is the Vice President, Research Intelligence on the Global Strategic Networks team at Elsevier, where her responsibilities center on how insights from data and analytics guide strategic planning for research institutions, funders, and science policy organizations. Dr. Falk-Krzesinski’s engagement activities include building partnerships around gender diversity and equity issues. Actively involved in promoting early career researchers and women leaders in STEM, Dr. Falk-Krzesinski co-launched the Chicago Collaboration for Women in STEM while a faculty member at Northwestern University, served as the editor-in-chief of the AWIS Magazine, is co-chair of the Gender Working Group at Elsevier, and co-authored Elsevier’s public report, “Gender in the Global Research Landscape.” Dr. Falk-Krzesinski has been an AWIS member since 1994.

From a young age, Rachel Hutter, P.E., dreamt she would one day be an engineer and work at Disney. When she started working for the company, Rachel’s mom gave her an entire box of papers from kindergarten on saying she wanted to be an engineer at Disney when she grew up. Today Rachel is fulfilling her dream as she lives, learns and now leads engineering at Disney Parks, Experiences and Products. Her responsibilities span the globe to include oversight of teams in Anaheim, Orlando, Paris, Tokyo, Hong Kong and Shanghai. More. 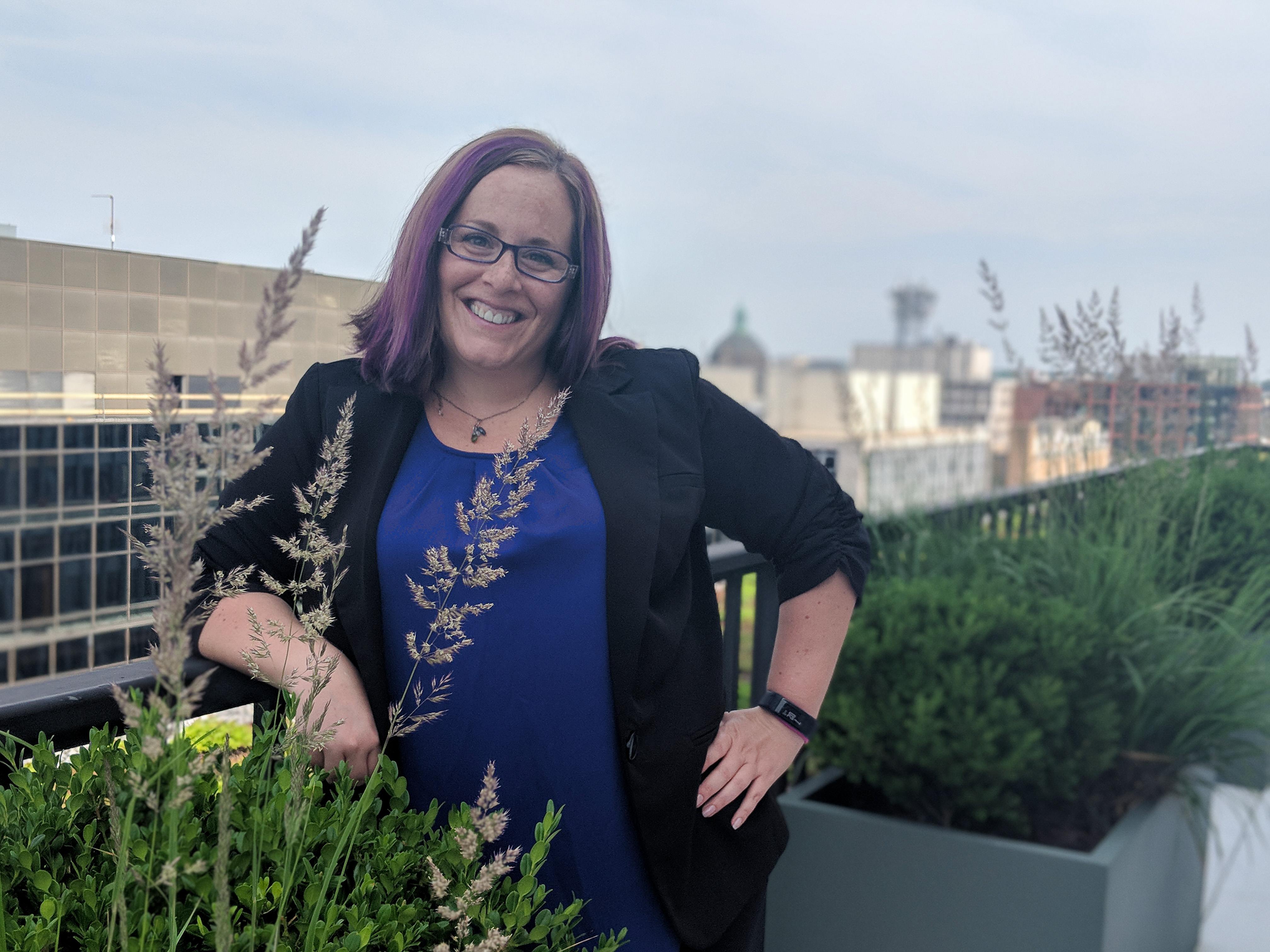 Dr. Heather Metcalf is Chief Research Officer for AWIS, where she leads empirical work on gender and the STEM workforce. She has undergraduate degrees in applied mathematics and computer science (Clarion University of Pennsylvania, 2003) and master’s degrees in computer science (University of Illinois at Urbana-Champaign, 2005) and gender studies (University of Arizona, 2007). Dr. Metcalf earned her doctorate from the UA’s Center for the Study of Higher Education (2011), where she studied science and technology policy. Throughout her career, she has applied her unique, interdisciplinary work to influence cultural, systemic, and policy changes in academic, industry, and public policy spaces and to train researchers and practitioners to build equity into their daily thought and work. Dr. Metcalf has research, policy, and programmatic expertise on myriad topics in STEM, such as: bias; intersectionality; educational and workplace cultures, policies, and practices; leadership; innovation and entrepreneurship; STEM pathways; and more.

Pamela McCauley,PhD, is an award-winning university educator and internationally recognized industrial engineering researcher in the development of mathematical models, human engineering, and engineering leadership. She was named program director for the National Science Foundation (NSF) Computer Information Science and Engineering Directorate’s I-Corps Program to prepare scientists and engineers to extend their focus beyond the university laboratory and accelerate the economic and societal benefits of NSF-funded basic-research projects. An AWIS National Governing Board Member, she has been an active AWIS member since 2015, energetically motivating women around the world to pursue their STEM educational and professional goals. Over the past 20 years, Dr. McCauley has held various leadership positions and has received numerous awards in recognition of her commitment, professional accomplishments and community outreach efforts in the business, technology, and education communities.

Dr. McCauley has an extraordinary career in STEM. As a game changer not only in STEM but for women, especially women of color, she defied convention and beat the odds to pursue and achieve her goals. Early on she recognized the value of education and discovered an interest in industrial engineering. Upon completing her bachelor’s degree from the University of Oklahoma, Dr. McCauley was awarded a National Science Foundation fellowship and soon after earned a Master of Science and in 1993 became the first African American woman to earn a Doctorate of Science in Engineering in the state of Oklahoma. That same year Dr. McCauley was recruited to the University of Central Florida faculty in the College of Engineering and Computer Science. She is the author of over 100 technical papers, book chapters, conference proceedings and the best-selling international ergonomics textbook, Ergonomics: Foundational Principles, Applications, and Technologies.

Sarah Richardson, PhD, is a computational and molecular biologist, entrepreneur and noted “germ wrangler.” Dr. Richardson specializes in the use of microbial genomes. As CEO of MicroByre she leads the construction of genomic toolkits for non‐model prokaryotes which she describes a using DNA to train bacteria to do tricks on command. More.

Liz Sara is the Chair of The National Women’s Business Council (NWBC), a non-partisan, independent federal advisory council serving as an independent source of advice and policy recommendations to the President, Congress, and the Administrator of the U.S. Small Business Administration. Liz Sara was appointed by the President of the United States in August 2018.

Liz Sara is a true small business champion and entrepreneur. In addition to leading the Council, Ms. Sara is the Founder and President of Best Marketing, LLC, where she consults for more than 90 small businesses in the high-tech sector and serves as a chief business advisor to entrepreneurs in creating and executing go-to market strategies. Previously, she played a principal role as co-founder of SpaceWorks, an eCommerce software company. Ms. Sara recently completed her term as the first female board chair of the Dingman Center of Entrepreneurship at the University of Maryland’s Robert H. Smith School of Business. She is also an Adjunct Professor of Marketing at the Smith School of Business. She is an angel investor, a mentor to startup CEOs through many incubators and accelerators, and a frequent conference speaker and author on topics related to entrepreneurship and business. Ms. Sara holds a bachelor’s degree from the State University of New York and a master’s degree from the University of Maryland.

John Sarrao, PhD, is the Deputy Laboratory Director for Science, Technology and Engineering at Los Alamos National Laboratory. He leads the Laboratory’s mission and enabling science, technology, and engineering capabilities and serves as LANL’s Chief Research Officer. John’s research interest is in the study of correlated electron systems, especially actinide materials. He was the 2013 winner of the Department of Energy’s E.O. Lawrence Award, in part for his discovery of the first plutonium superconductivity, and magnetism.

Elizabeth Travis, PhD, FASTRO, is the Associate Vice President, Women and Minority Faculty Inclusion, and Mattie Allen Fair Professor in Cancer Research in the departments of Experimental Radiation Oncology and Pulmonary Medicine at The University of Texas MD Anderson Cancer Center. As Associate Vice President for women faculty, Dr. Travis is a consummate advocate for women and minority faculty and committed to furthering their academic careers by ensuring that they are appointed to high profile committees and leadership positions and are nominated for awards, by leading institutional policy change to address obstacles that interfere with their success, and by providing career guidance to countless women and minority faculty. She publishes and speaks extensively on sponsorship as a path to leadership for women and minority faculty. Dr. Travis’s scientific research interest is in the complications of cancer treatments, primarily in the lung, which has made significant contributions to our understanding of the effects of radiation on normal tissues.

Susan Windham-Bannister, PhD, is a world-renowned innovation expert, recognized by the Boston Globe as one of the “10 Most Influential Women in Biotech” in 2013. Dr. Windham-Bannister currently serves as managing partner of Biomedical Innovation Advisors LLC, as well as the president and CEO of Biomedical Growth Strategies, LLC. She received a bachelor’s degree from Wellesley College, a Doctorate of Science in Health Policy and Management from the Florence Heller School at Brandeis University, and a Doctorate of Science from Worcester Polytechnic Institute (honoris causa). She has been an AWIS member since 2016. 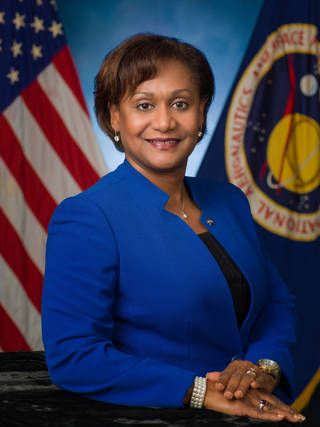 Vanessa E. Wyche is deputy director of NASA’s Johnson Space Center (JSC), a position she assumed on Aug. 8, 2018. In this role, Wyche assists in leading an organization of nearly 10,000 civil service and contractor employees in Houston – including those at White Sands Test Facility in Las Cruces, New Mexico – and also assists with a broad range of human spaceflight activities.

A strong supporter of Innovation and Inclusion (I&I) at JSC, Wyche has served as a member of JSC’s I&I Council and co-executive sponsor of “Emerge,” an employee resource group for early career employees. She advocates mentoring and is a passionate promoter of science, technology, engineer and math (STEM) in her community, leading efforts to oversee an annual science fair at an underserved elementary school and supporting numerous STEM-outreach activities via her affiliations with The Links, Incorporated, Boy Scouts of America and Jack and Jill of America.

She has received numerous honors, notably, two NASA Outstanding Leadership Medals, two NASA Achievement Medals, a JSC Innovation Award, 2014 Women at NASA awardee, a national “2016 Women Worth Watching” honoree by Profiles in Diversity Journal, and recognized as a 2017 “Inspiring Woman from South Carolina” by Women in Philanthropy and Leadership at Coastal Carolina University.

What Others are Saying

“At Los Alamos diversity and inclusivity are mission imperatives. We can’t fulfill our national security responsibilities without engaging the full breadth of our workforce in a manner that is consistent with our values of service, excellence, integrity, and teamwork. The AWIS Annual Summit provides a great opportunity to share our best practices and more importantly to learn from colleagues with whom we have common cause in championing innovation and inclusion.”

"A diversity of backgrounds, skills, thoughts and experiences is essential to fostering innovation in STEM. This summit will bring together leaders in science and technology to share ideas for promoting greater diversity in STEM fields and creating the inclusive environment needed to drive tomorrow's breakthroughs."

"Efforts to elevate and amplify the voices of women will continue to be critical in cultivating and sustaining an inclusive technical community... I am grateful to AWIS for leading in this work and for this tremendous honor."

"Inclusivity and equity in STEM is not just about the success of the scientific enterprise, it is also about offering economic opportunities to underserved communities."

The Association for Women in Science (AWIS) is a global network with 80 grassroots chapters and affiliates connecting more than 100,000 professionals in STEM with members, allies and supporters worldwide.

© 2017 Association for Women in Science. All Rights Reserved.